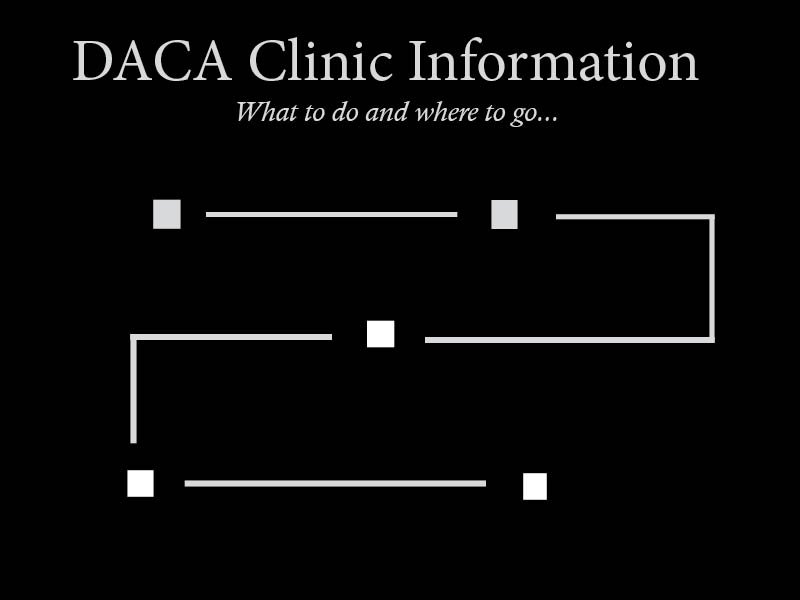 The Baylor Law Immigration Clinic is taking action to help those affected by the rescinding of the Deferred Action for Childhood Arrivals (DACA) program.

A DACA Renewal Clinic will be available starting Tuesday at 6 p.m. at the Baylor Law School located at 1114 S. University Parks Drive.

Sorsha Huff, second-year law student and student coordinator for the Baylor Law Immigration Clinic, said that an individual has to be a current DACA holder in order to apply for renewal, and their DACA also has to expire on or before March 5, 2018.

The clinic is expecting to help five to six clients on Tuesday, Huff said. They will be matched with a law student volunteer to assist them with completing their DACA renewal forms while a paralegal and an attorney supervise.

Laura Hernández, professor of law and founder of the Baylor Law Immigration Clinic, said that they are going to fill out the clients’ paperwork and make copies of things that they need to send to the United States government. After the clinic, students will only need to include a picture of themselves and pay a $495 fee to the government.

“All they are going to have to do when they leave our clinic is just insert those things and their package is ready to be mailed,” Hernández said.

Unlike some nonprofit legal service providers, Baylor’s clinic does not charge any fees. While other organizations sometimes charge according to the person’s ability to pay, Hernández said that their services are completely free.

“Everybody here is pretty dedicated,” Hernández said. “We’re just trying to help in some way, and this is the way we’re able to.”

The DACA Renewal Clinic is taking place less than a month after the Trump Administration’s decision to end the program, which served to protect young immigrants from deportation. On Tuesday, Sept. 5, the Department of Homeland Security began to “phase out” DACA.

“I just think DACA’s so important, and honestly it’s so tragic to see it go,” Huff said. “I’m just really hopeful that Congress is able to establish some kind of more permanent form of relief for non-citizens and DACA recipients.”

According to the Law School’s website, Baylor established the DACA Immigration Clinic in 2012 when the Secretary of Homeland Security announced that certain young, undocumented immigrants who were brought to the U.S. through no fault of their own could qualify for deportation relief. Since then, it has assisted approximately 300 Waco residents with immigration needs.

Baylor President Linda A. Livingstone released a statement on Sept. 6 assuring the Baylor community that the university is firmly committed to providing continued support for any students affected by the removal of DACA.

“As congress considers the future of the DACA program, the university will continually monitor the situation on behalf of our students and will respond to the needs of our community as the situation unfolds,” Livingstone said.