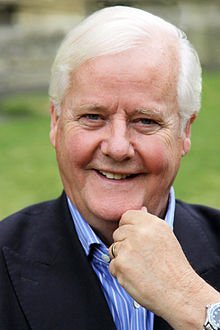 Hover over the image to gain access to videos of former speeches and interviews with Os Guinness.

President Ken Starr will discuss current national and world events with Os Guinness, promoter of cultural and religious freedom around the world, during the president’s On Topic session today.

Guinness will discuss his newly released book “The Global Public Square: Religious Freedom and the Making of a World Safe for Diversity” at 7 p.m. in Waco Hall. Guinness has written and edited more than 30 books and worked for some time as a freelance reporter for the BBC.

“In his wonderful book, ‘The Global Public Square’, Os Guinness articulates a much-needed solution for maintaining healthy perspective amidst the conflicts that arise in modern life,” Starr said in a press release. “In what he calls ‘soul freedom,’ Os offers a constructive vision for how society can address the issue of human dignity and justice for all.”

While the two will discuss topics in Guinness’ newest book, they will also have an open discourse relating to current events both in America and around the world, according to Lori Fogleman, Assistant Vice President for Media Communications.

The On Topic discussion is free and open to the public. A ticket is required in order to enter Waco Hall. Tickets are available from 10 a.m. to 3 p.m. at the Ticket Office in the Bill Daniel Student Center. Tickets may also be obtained for free at Waco Hall at 2 p.m., depending on availability.

Fogleman said Starr has been familiar with Guinness’ writings and work for some time and, in an attempt to vary the guests for his On Topic series, decided to invite a literary figure and great thinker.

“President Starr himself has a long and very fascinating public history and he knows so many people internationally,” Fogleman said. “We look for people who have a significant role in policy, issues or in government and who can enrich the conversation on campus.”

Guinness’ role in public policy dates back to 1986 when he served as executive director of The Williamsburg Charter Foundation, an organization that celebrates the freedom afforded by the First Amendment. He later drafted The Williamsburg Charter that was signed by Guinness, President Jimmy Carter, President Gerald R. Ford, Chief Justice William H. Rehnquist and several other influential political leaders.

“The Charter sets forth a renewed national compact, in the sense of a solemn mutual agreement between parties, on how we view the place of religion in American life and how we should contend with each other’s deepest differences in the public sphere,” according to the charter as posted on the freedomforum.org.

Though Guinness still travels the world often as a speaker and has a diligent schedule, Fogleman said Guinness has offered to stay an additional day on the Baylor campus to meaningfully engage with students and faculty interested in his academic field.

For more information on Guinness visit osguinness.com. To suggest a guest for On Topic with President Starr, visit http://www.baylor.edu/president/.